The little virus that could is not done with us, is it?

May 29, 2020
As I am writing this blog on May 29, 11:30 m CST, I have 20 more days of the highly erratic corona virus death data from the US, Germany and the world. Over 100,000 Americans have died of the corona virus infections in not quite three months since the early March of 2020. I do not know how to process this tragedy, other than to say that most of it could have been avoided, if we had a different administration in Washington and we had not been mining literally every resource, including humans, over the last 40 years.

The merciless virus has illuminated every wrong we have committed over several decades, including that terrible murder by the police in Minneapolis this week. Coming from Poland and knowing what I know, the detached behavior of the four police officers who committed this particular crime was reminiscent of the WWII German soldiers milling about the countless execution sites for men, women and children, while being filmed by their comrades. Or taking a photo with a freshly hanged young woman.

The white policeman, who calmly and methodically suffocated this particular black man, kept his left hand in the pocket of his trousers. Like he was on a picnic! In short, these troopers in Minneapolis are Nazi occupiers (Sturmtruppen), not a community-based law enforcement force. They cannot be retrained or taught morality and ethics. 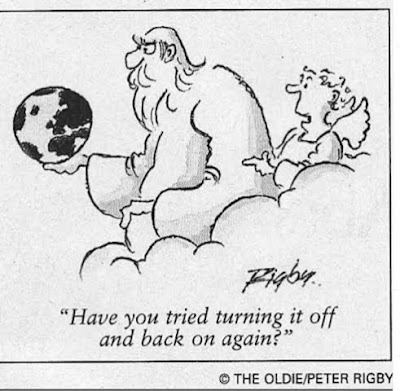 Twenty days is a very long time for the COVID-19 pandemic. Thus, small changes occurred in each of the two-Gaussian models. The first Gaussian was left untouched for Germany and the US, and adjusted down to fit the obviously untrue world data.

Here is a quick refresher on my models. They are purely data-driven, and make use of the Central Limit Theorem. I am not measuring the cell-phone data to determine human mobility and increase the number of deaths accordingly. Instead, I wait for a week or so, and then have a model that might be (has been) predictive for a few weeks more.

I still am keeping two Gaussians in the three models, but am getting ready to add a third Gaussian for the US and the world. In the US, this new Gaussian will reflect what is happening here.  I will spare you comments, because almost everyone around the world has already accepted the cosmic/comic disaster of the Trump administration. Those who have not, will not be swayed by mere facts, and will rather die than accept their own closing of the American mind that has developed over the last 40 years or so. I wrote more about it in my last post.

With the new data, the second Gaussians became wider, and their peaks were adjusted down. Their peak times were pushed into the future by 4-7 days. Below is a graphical summary, but please remember that we are not done by a long stretch. Let's start from the highly developed Germany that seems to have a better control of the pandemic (see Figures 1 and 2). I described the facts behind this statement here.


Now on to the US data.  I already know that a third Gaussian will show its ugly dead face in 7-10 days from today.  I could make a prediction of another 20,000 COVID-19 deaths in the US and proudly point at my prowess in two weeks. Instead, I will wait, and watch with horror what the mindless Americans are doing to themselves, and me and my wife.  In Figures 3 and 4, I show now 115,000 US deaths by July, but this number will increase.


Here I compare the German COVID-19 death data scaled to the US population and the US data.  Figures 5-6 illustrate this tragic story.

Figure 7 is my quantitative estimate of the direct contribution of Trump's administration to the COVID-19 death toll in the US, relative to that in Germany scaled up to by the factor of four to equalize the two populations. The Trump administrations's contribution has been so far 40,000 incremental US deaths, but they're working overtime to accrue even more incremental deaths. The remaining roughly 40,000 deaths are attributed to the US elderly care system that has had 40 years of "optimizations" in order to become the current industrial death factory.

These cruel "optimizations" are not dissimilar to those made since 1980 in the meat packing plants, which not only kill animals by the thousands per day per plant, but they also infect and kill workers by the hundreds and dozens, respectively.  In the end, in the US, we have developed a very expensive and failed "nursing home" system, and the giant animal killing factories that have failed, too.  As my agricultural journalist friend, Alan Guebert, wrote in an email:

"This [the financial aid for small, decentralized butchers by the federal government, TWP] can be done for local food because, after all, what do we have to lose? We will have spent upwards of $100 billion on farm programs alone in the last four years to support a food system that's clearly failing, and spent another $65-75 billion/ year subsidizing SNAP. What would 10% of that money bought had it been invested on long-term, local food systems that are pretty pandemic-proof, help rebuild local economies, and delivered higher quality food to more people?"

Please put Alan's comment in the context of the recent $2 trillion dollar economic rescue package that ended up reinvigorating the dying or dead status quo, and going to big corporations with cash on hand. The little virus that could will continue to expose mercilessly these US federal government fallacies. In case you are wondering, my friends, the US has been thoroughly looted over the last 40 years. And I do not mean a few stores that went in smoke during the last week, but an industrial-scale, white collar looting that has gutted out our US of A., just in time for the virus to demonstrate the effects of this epochal looting to all of us.

The world COVID-19 deaths are undercounted by at least a factor of two or -  may be - three, but never mind, here are Figures 8 and 9,


I predict the cumulative number of 440,000 deaths worldwide by the end of June. As tragic as this number is, the reality on the ground is at least twice grimmer, and likely worse. With 1-1.5 million deaths worldwide by August, the finely tuned global supply chains must fail, as will international travel and student exchanges. The world is rapidly going back to the medieval hamlets with 7.8 bilion people in them. Regardless of our beliefs, the facts on the ground are spelling out the end of the global economy as we knew it. Period.

P.S. (05/30/2020) Finally, Thomas Friedmann wrote something sensible, while not calling the national looting by name, and shortening the looting's time from from 40 years to a mere 20 years.  Here.

P.S.P.S. (05/31/2020) My Spanish friend, Pedro Prieto,  pointed out this good summary of the foreign reactions of bewilderment and disgust with America: “Take a hard look at America right about now. What do you see? Here’s what I see. A dystopia. Riots across the country. Cities on fire. A hundred thousand dead and counting. A President who alternates between negligence, irresponsibility, incitement, and indifference. A political class that’s paralyzed. An intellectual class that failed at it’s first job — to predict and prevent any of it. A people who are now poor, desperate, and afraid. A pervasive feeling of hopelessness, powerlessness, rage, and pessimism...”

November 24, 2018
Here at KAUST , we had three good rains in the last ten days. I just finished my 18 km bike ride and inhaled the vibrant shades of green of all leaves and the efervescent colors of flowers. The mangroves along the coast are growing vigorously, and today they were a bouquet of seledines reflected by the crystal clear water. It is peace where I live. Things could not be better. 11/23/2018, 11:30 a.m. Our garden after the rain.  Behind the fence, you can see the crowns of mangroves and a low tide in the Red Sea. Why then am I so worried? First this legal disclaimer: I am no Tralfamadorian .  I do not have the ability to experience reality in four dimensions; cannot access past, present, and future; and am unable to perceive any instant of time at will. Tralfamadorians are able to see the entire timeline of the universe, they know the exact time and place of the universe's annihilation caused by an unfortunate Tralfamadorian experiment, but are powerless to prevent the inevitabl
8 comments
Read more