Failure of US Handling of the Corona Virus Pandemic: Germany vs US

May 10, 2020
Normally, I never write blogs every three days, but here I go. Since I am a scientist, not a politician, my quantitative assessment will be based on a careful analysis of the available data. 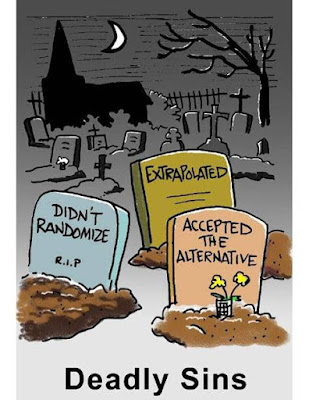 The bottom line of this blog is shown in Figure 0.  First, there are all incremental deaths in the US over and above German deaths multiplied by four to scale the German population to the size of the US population (the blue curve).  Second, for the reasons described below, one can subtract 1/3 of the US deaths that occurred in nursing homes.  These deaths have been caused by 40 years of neglect and the horrific state of the US for-profit industry that mines old people. The remaining 35,000 incremental deaths in the US (the red curve) can be attributed to the disastrous policies of the federal government under Trump.  That's nearly twelve 9/11 body counts in the US, with more to come.

My dear fellow Americans, please ponder this plot if you want to continue supporting Trump.  In terms of the number of  victims,  he has already won with the hideous US medical insurance companies that have been mining the US nursing facilities for forty years, ever since Reagan came to power. Who can still say that Trump is not the best?

The only semi-certain statistic in the COVID-19 pandemic is the number of deaths attributed to the virus. As I wrote here, and here and here, the COVID-19 death reports may be significantly understated, but for the developed countries they are as good as it gets.

Let's start from making the following assumption: Both Germany and the United States of America are developed countries.  This assumption is rather self-evident for the social-democratic Germany, with an incredible healthcare system and social net that reaches most of the German citizens.  The America I inhabit is a developed country, but in general America is about mining her population.  The poorer you are, the more you and your family are mined, until you completely check out from the sociopolitical system.

The unflappable Trump supporters are neither stupid nor "undesirable,"  but simply view Trump as a destroyer of the system they hate. These supporters are so dismayed with the establishment, that they don't mind being a collateral damage of the thorough and deep destruction of almost everything the rich America values (other than getting even richer, all the time). In summary, America is a mixture of the impoverished third world countries, several of them, intermingled with the disjoint enclaves of civilization and social development. Since most Americans, just like the Russians, think that our/their country is the best in the world, exceptional and so on, let me break the news (and my heart)  to too many of you, my fellow Americans. When comparing ourselves to other developed countries, less than 20 of them, we should be pitied much more than congratulated.

Prior to making any quantitative comparisons, it then follows that America could never react to the COVID-19 pandemic as swiftly and comprehensively as Germany did. This statement is true regardless of  the magnitude 7.8 earthquake, tsunami and firestorm that together are the Trump administration.

The ravaging of America started in 1980, under the demented President Reagan and counterfeit "Gipper," who ceded presidential power to several dangerous and ambitious criminals, who in return gave us the Savings and Loans crisis, Iran Contra, and - past Reagan - the 9/11, the everlasting wars in Afghanistan and Iraq, and Trump. Unfortunately, every subsequent president after Reagan has added to the ever-accelerating mining and destruction of America's social infrastructure to benefit very few, like me. The Bush II administration, with the same Reagan criminals in power again, stood out in 2008, contributing richly to the global financial collapse. But this was news before 2020. Now we have Trump and a real, industrial scale global economic collapse.

OK, let me give you one more example, why we cannot be comparing fairly a truly developed country, like Germany, with a wild west mining town, like America.  This example is furnished by the places where we - as in the contemporary American society - put our elderly to die in loneliness and neglect, while the families of the elderly are mined for cash. The endearing term for these all-too-often death traps is "nursing homes".

My wife is a physical therapist, who has been trying to help the helpless victims, er, residents, there for almost 30 years. There is no end to her war stories from the nursing homes in Oakland, Fremont, Richmond, Walnut Creek, and many other places in California.  All too often, the drugged out victims in soiled diapers cried out for help and the under-educated, unprepared and low-paid  "nursing aids" would threaten my wife with physical assault if she complained to the county governments, as she often did. You get the point, so here is the punchline.

In the US, 1/3 of all COVID-19 deaths occurred in the long-term nursing facilities for the elderly. Such a carnage simply could not have happened in Germany, and it is not the fault of the Trump administration, but of the entire US medical mining system. The best gold and silver miners in the world.

The corona virus deaths in Germany and US.  For both countries, the Gaussians are almost identical, but with one major difference.  The heights of the German Gaussians in Figures 2 and 3, must be multiplied by a factor of ten to fit the American deaths in Figures 4 and 5.

A comparison of COVID-19 mortality in the US and Germany.  Since the population of Germany is 80 million people and that of US 320 million people, we need to multiply the German deaths by a factor of four to make a meaningful comparison.  The results are shown in Figures 6 and 7.

In summary, comparing the US with Germany is quite unpleasant. It reminds us that the sheer greed of US corporations, and the incompetence of  Trump's federal government and many state governments have contributed thus far to 63,000 deaths in the US over and above those in Germany scaled up to the US population size.  This estimate is likely to increase with time.

P.S. (05/13/2020) Here is a 2020 census-based snapshot of the extreme geographical and social inequalities in the US. This snapshot supports my doubts whether the US can still be called a developed country.  For 40-60 million Americans, the US they inhabit no longer is a developed country.  How did we stray so far from the noble ideas and deeds of the 1936-onward New Deal?

P.S.^3 (05/20/2020).  It saddens me even more that my 10-day old estimate of 35,000 unecssary deaths in the US caused by the delays and inconsistencies of the federal government policies, agrees almost exactly with an estimate published today by the New York Times.