May 07, 2020
Well, friends, many things have happened since my last update of April 21, 2020.  I should advise the more sensitive readers to skip this post, because some of the language and content may be unsuited for their delicate taste buds. 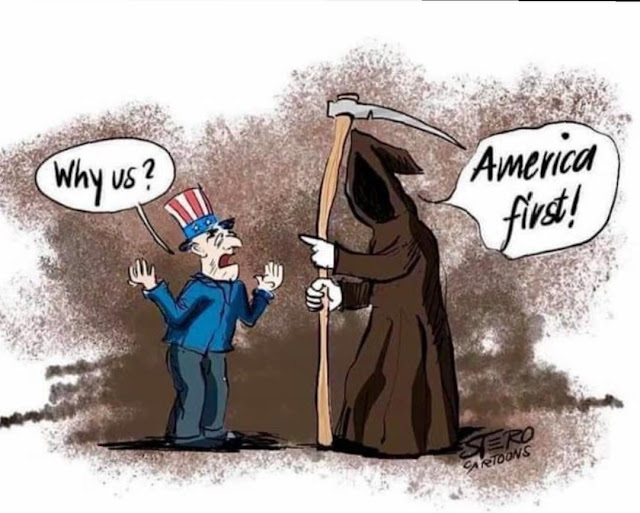 Earlier today, I listened to and watched on Zoom an excellent seminar given by a friend from the Imperial College in England.  The esoteric subject of the talk was how surface charge and rock-oil-brine interactions limit or help oil recovery from difficult reservoirs.  The audience consisted of about 110 people from the Imperial College, Edinburgh, KAUST, Oxford, TU Delft, Yale, and several Chinese and US universities, and companies.  It was all great and would not warrant a report in this blog, were it not for the fact that in the last two minutes someone hijacked the computer of one of the participants and "bombed" our meeting by posting a video of a young white man rubbing with his erect penis the genitals of a 4-6 month old baby girl. I assume that a helper shot the video. My eyes could not connect my brain to what they saw until the host closed the meeting. I thought that this seminar and its porn-bombing were an apt allegory for the best and worst in humans that is released by this pandemic. 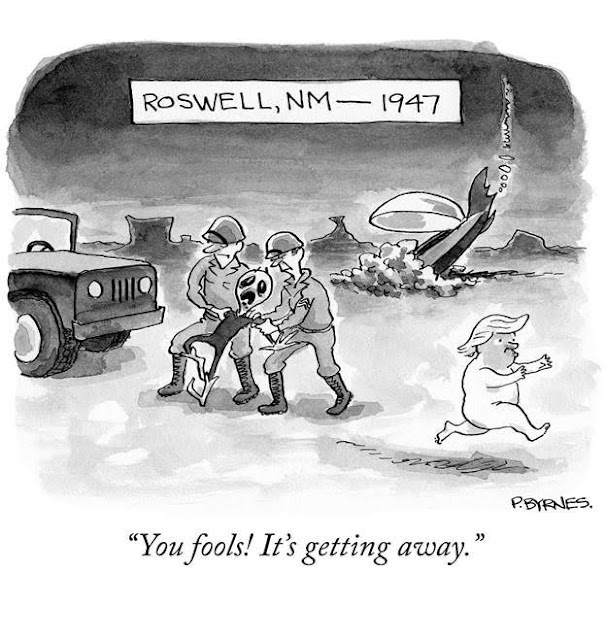 Thinking of the worst in humanity reminded me of the US President Trump, who demonstrated today - again - his political genius. He brushed aside the CDC doctors and other hedging scientists, with their constantly evolving, weakly predictive models, and decided that the still living people, 27,000 more of them in the next two months, must be sacrificed at the altar of his reelection and the neo-liberal economy in the US. With this bold gamble, Trump has cut the hapless, kumbaya (and that's a good thing), no-fingers-in-Tara's-vagina democrats in half, knowing fully well that the lies he excretes onto the public do not have to be believable to be accepted by a national audience that is desperate, looks for the "good economic news," and does not care at all about the expendable people, who are poor, and mostly black and Latino. Trump's bold gambit may yet pay off, if there is a decent, easy-to-get anti- COVID-19 vaccine in September or October. And if there is not, he will lie again and we, the "American people," will buy his lies as we always have. What's one more lie in an ocean of lies in which we swim like worms in a field latrine?

These disposable people, Trump and much of the public think, can be easily replaced, and nothing will happen to the white me and my family. Well, do I have bad news for you, my pitiful, crazy white people, who think that if "they" come for "those people," "they" will not come for us. "They," my friends, will mine other populations using 50 new excuses: for example, why do we need the fat white people, the bad heart-condition people, allergic people, diabetic people, opioid-addicted people, other drug-addicted people, cancer-sick people, old people,  handicapped people, homeless people, the Veterans, and - above all - those despicable poor Americans. Please mark my words: once the neo-liberal hydra discovers that she can openly mine the lives of American citizens and residents like coal or natural gas, she will never stop mining.  Please remind me, who is that presumptive Democratic candidate for president?  Joe Finger?  Joe ... Who?

Now let's go back to my simple model. It has not changed at all in the last two weeks, and only a little in the last month or more. I have published it left and right, and you can always check. The model was giving the correct number of cumulative COVID-19 deaths until two days ago (CST). Today, however, I have decided to add to the unchanged first Gaussian a second, faster-growing one.

It is time to add another Gaussian, my friends, given what is happening in the US. Essentially, many more of the expendable "essential people," or the human consumables, ER doctors, nurses, policemen, firefighters, prison guards, metro employees, bus drivers, truck drivers, nursing home employees and so on will soon die, together with many of the infected us, who will watch in silence, hoping that the ferocious killer virus will not come for us; in too many cases, it will.  The results are shown in Figures 1 and 2 and compared with the CDC models in Figure 3.  Please remember that for the last 15 years, I have used with some success the similar multi-Gaussian models to match and predict the US and global production of coal, oil, gas, copper, primary energy, carbon dioxide, and even membership of professional societies. Thus, "production" of dead people mined by the corona virus is yet another successful application of the same approach.

The emergence of the secondary Gaussian around May 1, seems to suggest that we have an abruptly progressing wave of secondary corona virus infections caused by the chaotic reopening of states. It may be too early to tell, but the size of it is quite substantial.  And in another 2-3 weeks, I will have to add a third Gaussian to account for even more infections.  Trump may yet lose his gamble with American lives, and Joe the Finger should crawl out of his hole and start being visible at the national stage as Joe Biden, the statesman.  Otherwise, we may as well let Hillary lose for the second time. In online betting, she is the second presumptive Democratic candidate after Joe.  This is how infinitely confused the Democrats are.


Now on the the global deaths ascribed to the corona virus.  I'll show you the results first in Figures 4 and 5, and comment next.


You may ask, why didn't I bother to change the model to reflect the reported "data"? Everybody else did. Well, my friends, given my 15 years of experience with the emerging Gaussians, the trends they represent are so powerful that I'd rather trust the Gaussian based on the data up until April 15. The world governments always undercounted and under-reported the COVID-19 deaths. But when things got really bad in April, they were overwhelmed and panicked. Therefore, the "normally" under-reported data became fiction to suit the domestic policy goals of most governments and many simply did not know as in, for example, India, Pakistan,Afghanistan, Brazil, etc. Thus, in addition to the habitual under-reporting of the corona virus deaths by - I think - a factor of 1.5-4, the world governments "lost" track of the additional 40,000 dead people (the difference between the endpoints of the green and black curves in Figure 5). Now you know why I changed nothing in the model since mid-March. The input "data" are so contaminated that they do not warrant any tweaks of the model.