July 06, 2013
As I have argued in the previous three blogs, industrial agriculture is the largest human project that impacts the Earth more broadly than any other human activity.  One needs to keep in mind that compared with the global environmental impacts of industrial agriculture, a Macondo well-like blowout is a child's play.  I know it, because I co-wrote a book on this subject with the famous historian and archeologist, Joe Tainter.  For example, in the Amazon forest the underbrush fires set by humans affect 3 million square kilometers, an area of India.  See NASA for a summary of this global catastrophe.


From an ecological point of view, industrial agriculture creates open, permanently immature ecosystems, most of which are reset by humans each year. To make things worse, the simplified single-plant species agricultural ecosystems are doomed to fall prey to the ever-evolving pests and weeds.   One can prove this gaping vulnerability using thermodynamics, regardless of what Monsanto claims. Because agriculture usually creates baby, mostly barren ecosystems, agriculture is subject to huge soil erosion rates. Soil then becomes yet another depletable fossil resource. In a previous blog, I told you that industrial agriculture cannot be sustainable, because it is continuously subsidized with depleting fossil resources, including fossil water. If you want to check what we are doing with water, go no further than Australia.

Speaking of fossil fuels, humanity extracts one cubic mile (4 cubic km) of fossil petroleum per year, and 150 cubic kilometers of water per year.  Most of this water is irreplaceable on human time scale, and can be regarded as another fossil resource.  Most of groundwater in the world is extracted for agriculture.

So just how big industrial agriculture is?  It is difficult to quantify agriculture's impacts on the Earth, but an analysis of the FAOSTAT data can illuminate some aspects of it.   So here is what I did:  I looked at the world's largest agrofuel and  livestock feed crops: maize (corn in the U.S.), soybeans, sugarcane, and oil palms (rapeseed in Europe).  I have accounted for all countries in the Americas, Asia, Africa, Europe, and Oceania. Separately, I looked at wheat and rice paddies.  The bottom line is shown in the three figures below.

To grow agrofuel crops, humans have taken out from the Earth's most productive tropical forests and savannas (prairies and steppes) an area equal to the Indian subcontinent.  The permanent damage to the health of the planet has been staggering, and humans will pay dearly for this insanity with their lives and health.  The two main food crops, wheat and rice, now span an area equivalent to that of the Democratic Republic of the Congo.  Please remember that these are just the field areas.  Now think about access roads, human settlements, working the land, moving this stuff around, moving the fertilizers in, storage and processing facilities, transport from the tropics to moderate latitudes, and so on.

With this fourth installment, I am ending - for the time being - my analysis of the multiple and complex influences of industrial agriculture on the state of the planet.  I hope that by now you understand that industrial agrofuels are a sure recipe for humanity to commit suicide faster and more completely.


In closing, please drive less, use less of everything, pester your "representatives" for electrical mass transit systems, and start buying locally.  Soon, you will have to use your friendly light rail or electric train, and buy local food.  And please do not pretend that I did not tell you for the nth time to start behaving like a responsible citizen of a living planet, and stop being a Pac-man-like consumer robot. 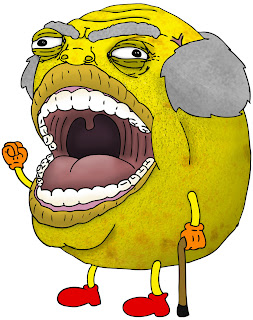 Here are the global areas of the crops included in my analysis.  The source of all the data is the FAOSTAT, and I wrote MATLAB programs that read the data in for all the countries on the planet and analyzed the crops I have considered.

By far the largest crop on planet Earth is maize, followed by rice paddies, soybeans, and wheat.  The sugarcane and oil palm plantation areas are much smaller but also grow fast.

P.S.P.S. April 6, 2015.  And U.S. prairie continues to be plowed for biofuel crops, emitting as much carbon dioxide as 23 coal-fired power plants operating for one year.

P.S.P.S.P.S.  April 8, 2015. There is no such thing as cheap agriculture.  Trillions of dollars per year of hidden costs of environmental devastation?