Why Good Engineering Education and Research Are Inseparable? Part II - Research and Technology

July 30, 2011
Has anyone heard of foreigners clamoring to emulate the U.S. K-12 school system?  I certainly haven't.  I do receive, however, foreign delegations that want to learn how we organize academic research and graduate programs at UT Austin.  This happens at least once a month.  People around the world correctly perceive that most Tier 1 academic institutions in the U.S. are second to none and worthy of emulation.

And how about premier U.S. corporations?  Do they come to UT Austin or to the local community colleges to hire their top engineers and scientists?  Do they set up research campuses and incubators around UT or the Austin Community College?  (Please do not get me wrong, ACC is a very fine and vastly underfunded institution, which treats the most difficult cases of acute high-schoolitis and online-learnatis.  My youngest daughter, a BS graduate in premed from UC Santa Cruz, is a nursing student at ACC, and I am pleased with the quality of her program.)

Thus, it astounds me that some of the UT Regents want to convert the Texas' flagship university to an equivalent of a community college or a K-12 institution, and use economic and efficiency arguments to justify their tragic confusion.  Other than destroying Texas' top-tier education, I cannot imagine a faster path for converting our Lone Star State into a third world country.  If this "cost-saving" demolition of UT Austin happened, the U.S companies that still look for high-level skills and training would move to MIT, Georgia Tech, Stanford, UC Berkeley, Eastern Europe, India, China and so on.  Their research projects would move there too.  And top UT scientists would soon join the exodus.  In fact, my use of conditional verbs is incorrect; research has been moving to foreign countries for several years now.


So why a world-class university has to have active researchers who work on basic research and develop technology, while also teaching?  The intimate relationship between teaching and science is the answer. 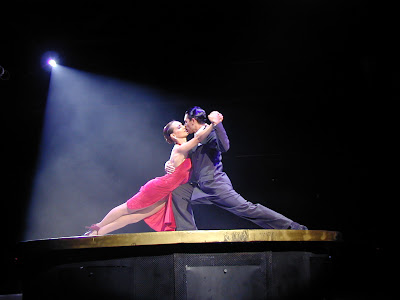 Research and technology are like these two tango dancers; they dance fluently together and support each other.
The main subject of this story is the interdependence of science and research on the one hand, and technology and teaching on the other. Science is the most difficult cognitive activity of humans, not counting poetry of course. Science progresses not through a slow orderly accumulation of results, like an accountant's ledger, but through the messy, disruptive and unexpected discoveries that demolish the status quo. I repeat, a new theory or technology usually collapses the old ones and there is little peaceful coexistence.  Think of the ancient stationary phone competing with the iPhone.

Even the first-rate scientific findings (think of Nobel prizes) are not immortal - the later replace the earlier. I cannot stress enough that major scientific findings are not only made, but also abandoned. Science is in a permanent state of flux, and scientists are eternal voyagers, always going somewhere, and never arriving at a safe port. In science, there is no "there." There are only endless trips into the unknown.


So how can a non-scientist handle all this complexity, fluidity and uncertainty of science, and teach them to the next generations? Because he/she is a "Sherpa"?

I hope that you are beginning to see the clear and present danger of charging the mere teachers with education of a highly skilled technical and scientific labor force.

But it gets worse, as the inventor of the quantum theory, Max Planck, once observed:


To be sure, with every advance in science the difficulty of the task is increased; ever larger demands are made on the achievements of researchers, and the need for a suitable division of labor becomes more pressing. (Vorträge und Erinnerungen (Lectures and Recollections), 5th Ed. Stuttgart, 1949.)

Max Planck also wrote this about his two very famous teachers: "Helmholtz was never quite prepared, spoke slowly, miscalculated endlessly, and bored his listeners, while Kirchhoff spoke in carefully prepared lectures which were dry and monotonous." Not all famous scientists are the most sensational teachers, but they do educate a few Max Plancks here and there. And the young Maxes then lay the foundations for nuclear weapons and nuclear power, cancer therapies, NMR, computers, networks, iPhones, digital cameras, HDTVs, solar cells, and so on.

What about the relationship between technology and science? It is quite simple: Without new types of data of ever higher resolution, acquired with devices of ever increasing power, modern science cannot function. Thus technology provides the data gathering capability for science. Science in return provides new theory and methods to design and construct the new sensors and machines. Therefore science and technology are intertwined in an eternal tango, only more so today than yesterday. In fact, at any given moment, progress of science can occur only within the barriers set by the available technology. 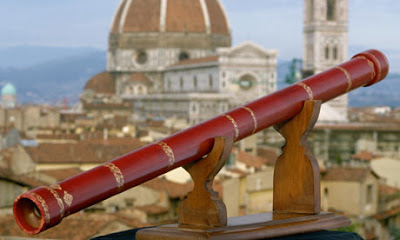 What if Galileo had a Mount Palomar telescope at his disposal?
In summary, the self-anointed reformers of academia with mere business degrees are possibly the last humans capable of dealing with the exponentially growing complexity of science. They also should not be telling everyone how to run higher education. MBAs simply do not have the cognitive capacity to imagine these difficult and delicate tasks.

Through the poisonous advice to industrial managers with MBA degrees and nothing else, McKinsey Co. did more damage to industrial research in the U.S. than everyone else combined. The U.S. research labs have never quite recovered from that damage and their research has been moving to Asia and Europe.

Americans are pretty bad at understanding historic processes. For us, if it does not happen in five minutes, it does not matter. Well, the industrial research train left for other countries about 30 years ago, and it is slowly gathering speed. Excellent academic research in the U.S. is most of what is left. So let's not try too hard to destroy academia using the very same managerial approach that proved so efficient at blowing up industrial research.

Can we improve academia? Of course. I think that the U.S. scientists and teachers should work much harder on streamlining their endeavors, dividing labor, and making sure that the next generation of scientists and researchers is actually taught science, not merely accredited in huge classes with first-rate teachers, who are no scientists. We also need to teach much more math and physics to our undergraduates, so that they do not quit on us as graduate students.